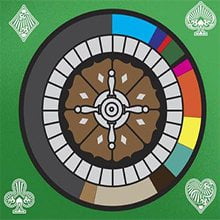 The Labouchere roulette system (also known as the split Martingale or Cancellation system) was devised by the English roulette player Henry Labouchere during the 19th century. This is a well known even bets system (red/black, odd/even, 1-18/19-36) which is rather clever but also quite simple.

To use the system, the player must come up with a number which will be the profit at the end of the round. This number should not be too large unless the player has a large bankroll. This number must be divided into smaller units, I typically use three numbers for bets less than £50, and 4 or more for larger bets, although it is entirely up to you. These numbers form a sequence, and betting works like this:

Start by placing a bet equal to the sum of the first and last number of the sequence.

How the Labouchere Roulette System Works

If the bet is successful, the first and last number of the sequence should be crossed out, and the remaining numbers form the new sequence. 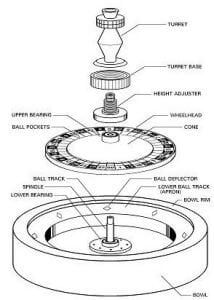 If the bet is unsuccessful, the player should add to the sequence the last bet placed, and this will be the new sequence.

The example below illustrates how one might use the system for a total profit of £6 by the end of the round.

So, despite an even number of losses as wins, the player has a total profit of £6.

The Benefits of the Labouchere Roulette System

A clear advantage of the system is that losses can occur more than wins, still leaving the player with their profit. Those who are familiar with roulette systems will probably have noticed some resemblance to the Martingale. Each time one loses, the bet is increased. However, with the Labouchere system this bet is significantly smaller than it could be with the Martingale, so the losses wont be as high with the same losing streak. An additional advantage of this system is the ability to easily modify the players target profit in order to accommodate ones bankroll. Players who aren’t willing to place large bets can lower the target profit to make placing large bets much less likely. More details on this roulette system can be found at RouletteVision.com

While the losses aren’t as high, they can still become unmanageable for some players. A long losing streak coupled with a large starting bet can quickly result in huge losses if the player cannot afford to place the bet needed, in which case the system collapses and the loss can easily outweigh any profit previously made.

This is my personal favourite when it comes to roulette systems. For players who find that the Martingale requires too high a bankroll, but also find most systems are too unrewarding, the Labouchere roulette system can be a happy medium. In my opinion it’s also the most fun; you have to engage your brain and think about your next bet.