Place your bets from a minimum of £1, up to either £50 or £100 per spin depending on your settings. Like all bookies roulette games, the maximum win per spin is capped at £500, so betting limits reflect this. You may bet a maximum of £13.85 straight up on a number, or up to £100 on an outside red/black, odd/even or high/low bet. Money can be credited onto the FOBT with either cash, vouchers from previous play/machines, or over the counter which will then remove the £50 limit. 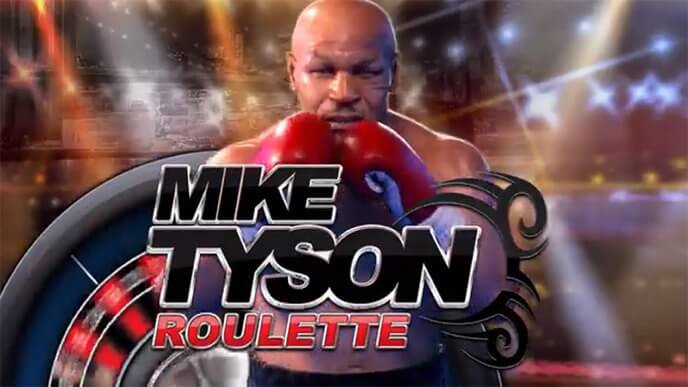 Everyone will be familiar with the basic concepts of bookies roulette, and like any other bonus roulette game, the only reason to play this is for the bonus. Just like the vast majority of bookies bonus roulette games, the bonus on Mike Tyson Roulette is housed between the numbers 5 and 10, directly opposite the zero. A minimum bet of £1 is required for the bonus to be active, up to a maximum of £5. The bonus is only awarded if at least the minimum stake has been placed on it, otherwise it will just be a losing spin, so place your bets and press spin for the outcome of your bet to be determined.
All numbers excluding the bonus will pay regular bookies roulette odds of 35/1, with the bonus paying a maximum of 500x your stake. If the ball lands on the Mike Tyson Roulette bonus position with a bet placed on it, the bonus will begin. You will see twenty cash prizes, including two larger power prizes, these are overlaid on red and blue punch bags. The game is basically Deal or No Deal, but with Mike Tyson instead of Noel Edmonds! Press start to randomly eliminate two of the cash values, ideally leaving the higher values remaining. You will then be offered an award based on the remaining values, which you may then either collect or carry on. Ultimately of course you want at least one of the top prizes remaining.
The value of the cash prizes change according to the amount staked on the bonus at the start of the game. A £1 stake will have a maximum prize of £500, with the next value at £120. The lowest prize with a £1 bet is a measly £2. If you end up with a £2 prize off of the bonus, you’ll be unlikely to play the game again. All of the other values have two maximum prizes of £500, with the lower values increasing as your stake increases. The £5 stake has a minimum prize of £100.

Mike Tyson Roulette isn’t too bad, but it’s nothing unique, it just uses the Mike Tyson brand to draw players in. There is also a Mike Tyson slot machine that was released at the same time.